A family service
with the personal touch
Serving Wellington
& Shropshire Since 1885
You are here: About us» History 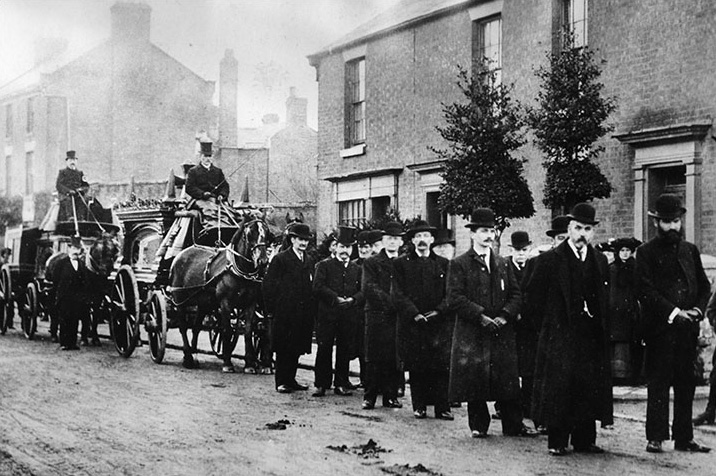 We are proud of our rich local heritage in Wellington. Tom Edwards was a builder and undertaker based in King Street, from just before 1885. Coffins were made from seasoned oak and elm boards, supplied by R. Groom & Sons, at their Shropshire Works premises near to the railway sidings in Wellington. Horse drawn carriages were supplied from the Ercall Commercial Hotel in Market Street. As Tom's reputation developed, so did the funeral side of the business, but Tom retained joinery work in addition.

Tom's sons, William and Harry, continued the business after their father died, but William later took charge of Wellington's fire brigade, in Foundry Road, leaving Harry to run the business, along with his three sons - Tom, Frank and Harry - who remained together until they sold the business in 1972, to another family funeral firm.

Today, the Harry Edwards & Sons name is proudly continued, retaining the family-run independent business, and having been refurbished with new chapel and office facilities bringing the premises into the modern day. We do believe that Tom, then Harry and his sons would be pleased (and amazed) at the family focused professionalism, with the human touch, of the business and team that work here ensuring that you will receive the very best local advice that exists in and around Wellington.

We have access to a fleet of Jaguar ceremonial vehicles - the very best available in the UK, all under three years old - and our uniformed chauffeur and bearer team will look the part. Our funeral director will calmly and gently guide you through the day with an assurance that only comes with years of dedication and service with a personal approach of complete integrity.